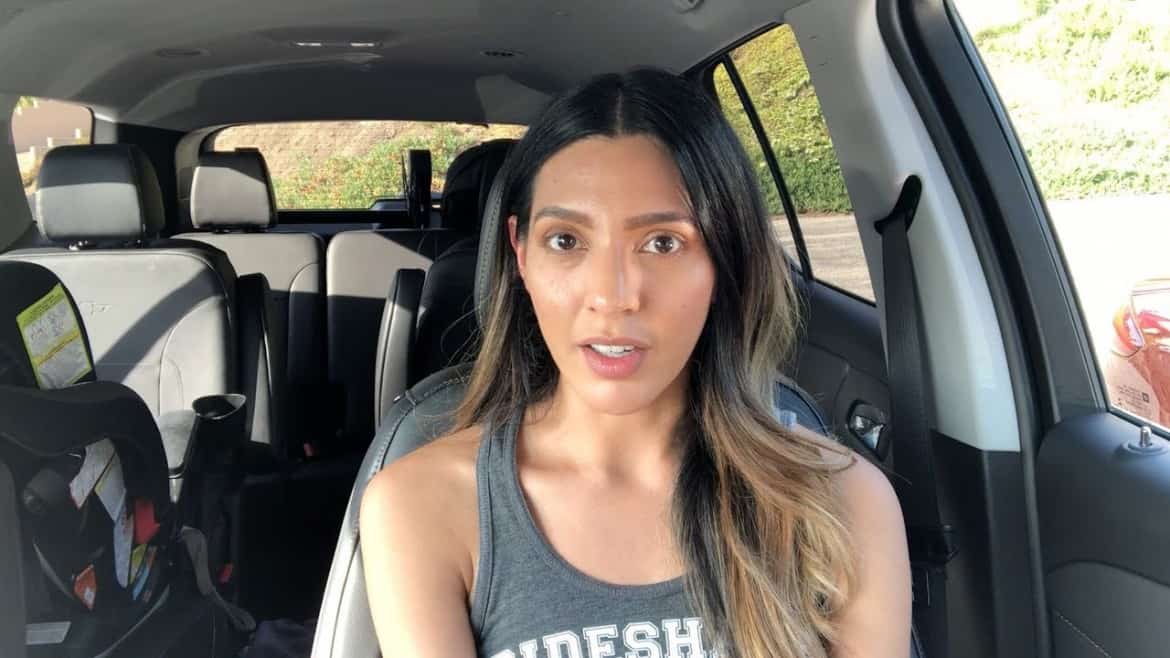 When I first started driving for Uber and Lyft, I drove 4-5 days out of the week and averaged about 5-9 hours per day. I certainly didn’t know how to monetize the market well, but I was still making enough money to live off of. My weekly earnings were roughly $300-$500 and I was still in the process of experimenting with the bonus incentives, the best times to drive and the best places to pick up passengers.

The early months of driving were rough though, especially during the month of January, which I found to be incredibly slow. Ride requests were non-existent, but I found myself feeling forced to stay online in both of the Uber and Lyft driving apps because, well…I had rent to pay.

From December to February, I was mainly driving during the evening hours. I started “work” around 8:00 pm or 9:00 pm and drove until about 4:00 am (this is a rough average though). I never once felt like my life was in danger, but looking back, this was certainly a thin tightrope to walk on as a female driver. Passengers would always ask me why I was out driving so late, but I was more concerned about them spewing vomit all over my car. Even though you get reimbursed by Uber and Lyft for cleaning up such vomit, you’re forced to end your current day of driving. And a shortened day of driving inevitably means a lack of earnings for the day until you get that car interior of yours nice and shiny again.

Some may say that driving during the evening hours is scary, but I actually found it to be quite peaceful. Nashville may be beautiful during the day, but it lights up (literally) at night. As you’re driving down a freeway at 2:00 am with no other cars by your side (what a blessing), you’re treated to sparkling million dollar homes that sit prettily atop the rolling hills and mountains. It’s certainly a sight to behold and the view alone made driving at night worth it…until the money quickly dried up.

I would often wait between 10-30 minutes for one ride request and I previously thought this was normal. The supply of drivers was quite limited during the evening hours, but so was the demand (from passengers). At first, I thought this was an ingenious way to earn money as a driver, as would be driving during the hours that nobody else would have the balls to do. But there simply isn’t enough passengers during the late night hours to make this a feasible and lucrative means to an end, and as such, this type of experiment only lasted about a month before I transitioned into a daytime driver ?‍♀️.

So, the day in the life of an Uber and Lyft driver thus begins when I really started to make money: during the day. But first, it’s important to understand that all drivers have different goals when it comes to making money. Some drivers stop for the day when they’ve made $100 or $150. Other drivers stop when they have worked a certain amount of hours. My goals were more oriented with incentives and bonuses, as I only stopped for the day when I hit a certain number of trips. I’ll explain more about rewards and incentives in the chapter, How I Consistently Made $500-$700 in Just 2 Days per Week (coming in the next blop posts) as an Uber Driver, but for now, I’ll provide you with the nutshell version of my weekly goals.

Back when I was driving for Uber and Lyft, I was provided with monetary incentives for completing a certain amount of trips. For example, if I drove 22 trips between X day and Y day, then I would make, say, an extra $40 as a bonus (on top of my base earnings). This was the aspect of driving that I personally decided to capitalize on.

Thus, I only decided to end my day of driving when I hit a certain number of trips for the reward bonus. Eventually, I decided to only drive three days out of the week (Fridays, Saturdays and Sundays) instead of my usual 4-5 days. Of course, this also meant longer hours of driving during those three days, and as such, the previous 5-9 hours per day quickly turned into 7-11 hours per day. By around April, I managed to make the same amount of money ($500-$700 per week) with only two days of driving (Saturdays and Sundays), which resulted in 11-13 hour days. (Fun Fact 1: My longest day of driving was roughly 14.5 hours ?.)

Starting in early March, my day usually started at 11:00 am and ended around midnight. (And although I drove for both Uber and Lyft, I eventually solely transitioned to Uber simply because they had better incentives.) Upon going online in the Uber app, I usually received a passenger request within the first 10 minutes. The rest of the day was out of my hands. I was at the mercy of traveling into unknown territories that were only familiar to my passengers. Where the heck is 12 South? Or Belle Meade?

I barely knew nothing of these areas as I’m from Bowling Green, KY, and yet, I found this aspect of rideshare driving to be quite adventurous. I’ve since been (literally) all over the Nashville map like a ping-pong ball and I’ve met quite a few interesting people along the way.

In terms of time, most of the trips averaged out to 15-20 minutes per trip, with some being much longer (as much as two hours), while others were as short as two minutes (“I just need to go down the street,” said one passenger). And if you’re wondering how much money I made per trip, it averaged out to roughly $9.09-$12.72 per trip (using my $500-$700 per week average divided by my usual 55 trips in two days). Again, some trips only resulted in a measly $2.72 in earnings, while other trips earned me $30 (incl tip) in one go (that was a fare from downtown Nashville to Brentwood during a high surge, which is further explained in the future blog posts).

They say that Nashville is a mixed bag of people and this certainly rings true with regards to the passengers that I have had the pleasure (and in some instances, the displeasure) of meeting. Many folks were quite chatty, asking me many questions about what it’s like being a female driver. This made me feel like a celebrity who was answering the same questions over and over again for some movie promotion, such as:

Do you do this full-time?

Do you ever get scared as a female driver?

Have you ever had anybody throw up in your car?

How much money do you make doing this?

I actually didn’t mind the monotonous conversations that I had with almost every single passenger, but believe me, I know this bugs the living hell out of many drivers. On the flip side, there were other passengers who were dead silent for the entire duration of their ride. They simply wanted to get from Point A to Point B and I was completely fine with that. What I personally found rather amusing was observing how two or more passengers would interact with each other during Uber Pool rides (UberPool is basically the most affordable type of rideshare service, but you run the risk of carpooling with other passengers along the way). Some of the best conversations that I’ve had was in a car full of strangers who all relished in the same interests and hobbies.

But most of the time, passengers who used the Uber Pool service remained quiet in a thick air of awkwardness when they had to sit next to other people. If I learned anything from my time as a driver, it’s that people will usually go out of their way to avoid human interaction in favor of their smartphones.

In terms of food, I usually brought my own lunch to “work,” which mainly consisted of sliced fruit, granola bars and ham sandwiches. This was for two very obvious reasons: So I don’t have to spend money on fast food.
To maximize my time spent driving (instead of stopping for food).

I always ate food in between trips and I tried to limit my liquid intake as much as possible. (Fun Fact #2: My bladder is the size of a pebble.) And speaking of bladders and urination, did you know that the number of public restrooms in Nashville is completely non-existent? God forbid I have to stop at a gas station or a restaurant to use the bathroom like a normal human being, only to be met with one of three phrases:

Sorry, our restroom isn’t…uhh…working right now.
(Oh really…well where do you pee then? Outside?!)

We don’t have public restrooms.
(Relax, I’m just going to pee, not sleep on your toilet.)

Our restrooms are for customers only.
(I am experiencing a very normal biological function of the human body, which I now have to pay money for. Wonderful.)

Very few things in life were more aggravating than going offline in the Uber driving app to hunt down a public restroom. My best bet was usually McDonald’s, as the locations are widespread throughout Nashville (and everywhere in the world). 9 times out of 10, the restrooms were also free to use, but I occasionally met that one McDonald’s employee with the restroom stick up their ass.

Although each day of driving was different due to the varying locations and passengers, each day was also very much the same. Wake up, drive until midnight, come home and sleep like a rock for 9-10 hours. Rinse and repeat. Granted, I eventually only drove for two days out of the week (from late March to late May), but the monotony of these days took a toll on my sanity. I began to loathe driving, dreaming of a life where I could happily retire from both Uber and Lyft. So in short, the day in the life of a rideshare driver consisted of a lot of driving and a lot of talking to strangers. It was both dull and interesting, both adventurous and monotonous. Such contrasting aspects of driving were also paramount to becoming a better driver, a better listener and a more well-rounded human being. It was both a blessing in disguise and a curse, but nevertheless, necessary to become the person that I am today.

Next Read: Step 1: I Lived in the Right Market for Uber Driving