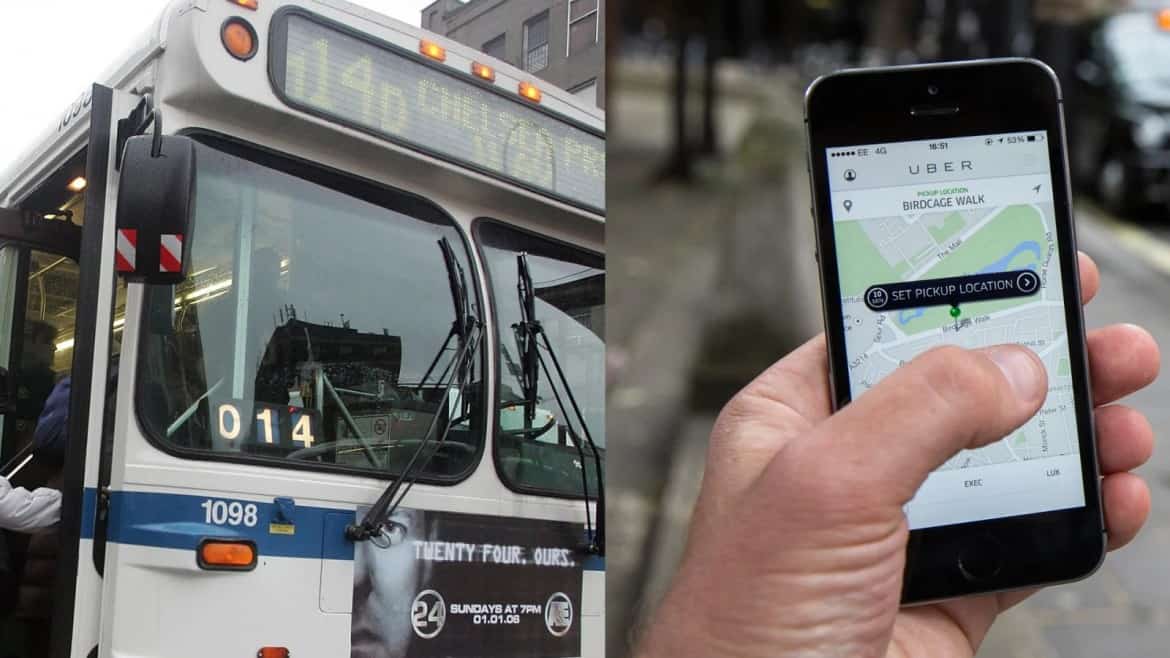 Boston is the only city in the country where Uber has rolled out the new feature, which allows customers to track arrival times.

Uber customers will now be able to track the arrival times of public trains and buses in the ride-hailing app when the company taps Boston as the first city in the country to roll out a new feature.

Starting Wednesday, the Uber app is displaying information about nearby MBTA bus and train options with real-time arrival data, the company announced.

The feature is not yet available on Uber in any other part of the United States.

“We are excited to give our riders in Boston a new way to access mass transit right from their app,” Uber spokesperson Harry Hartfield said in a statement. “Uber, and the cities in which we operate, share many of the same goals: reducing congestion and expanding access to transportation, and we look forward to continuing to partner with the MBTA and MassDOT to achieve those goals.”

Ride-hailing services have come under scrutiny in Massachusetts amid their growth in popularity and a collective traffic nightmare. Gov. Charlie Baker proposed quintupling the 20-cent-per-trip fee imposed on the platforms as a response to the “wear and tear” they contribute to transportation infrastructure.

The companies have argued that, although their use has grown, they are unfairly targeted because their vehicles represent only a small portion of total congestion. Fellow ride-hailing company Lyft launched a similar public transit connection in its app last year.