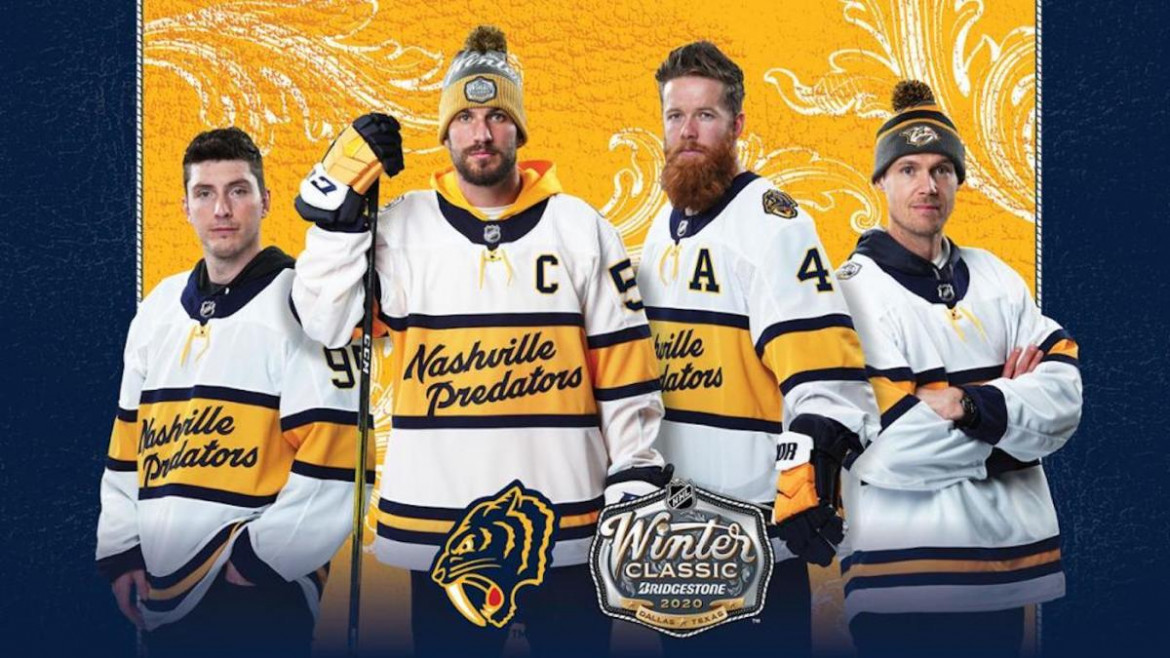 The Nashville Predators announced Tuesday morning the team has named John Hynes as the third head coach in franchise history.

“John Hynes is bright young coach and great leader who has a track record of both effectively developing young players and successfully motivating veterans,” Poile said. “We love his coaching resume and are confident that he has learned from every stop during his career, and has the best skill set to get the maximum potential out of our team.”

“This is a tremendous opportunity to join an organization with a history of success, a team with immense talent and a phenomenal fanbase,” Hynes said. “This organization has a strong foundation, from its ownership and executives to the entire front-office staff, and I’m excited to come in and try to maximize this team’s abilities.”

The Predators announced Hynes as head coach in a press release, which follows:

During the 2017-18 campaign, Hynes’s Devils finished with a 44-29-9 record (97 points) and featured Hart Trophy winner Taylor Hall, who tallied a career-high 93 points (39g-54a) in 76 games. He also oversaw the development of 2017’s No. 1 overall pick Nico Hischier, helping him record a career-best 52 points (20g-32a) – tied for the sixth-most among NHL rookies – in his first NHL season. For his efforts, Hynes earned the sixth-most votes for the Jack Adams Award as the NHL’s top coach.

Multiple players across the League have elevated their play under Hynes’s watch in his tenure with the Devils. In addition to helping Hall to an MVP award and Hischier to a spot as one of the NHL’s top young players, Hynes also assisted in the development of forward Kyle Palmieri, who established career highs in goals (30) and points (57) during his first season in New Jersey in 2015-16. Prior to his trade to Anaheim, forward Adam Henrique reached the 50-point mark under Hynes in 2015-16 and followed it up with a 20-goal, 40-point season the year after. Additionally, current Edmonton Oilers defenseman Adam Larsson posted a career-high 24 points (3g-21a) in 2014-15, Hynes’s first season with the Devils; defenseman Sami Vatanen tallied 28 of his 32 points in 2017-18 under Hynes following a trade from Anaheim; and he helped develop current NHL regulars such as Damon Severson, Miles Wood, Will Butcher and Jesper Bratt.

Before joining the Devils organization, Hynes served as head coach of the AHL’s Wilkes-Barre/Scranton Penguins for five seasons from 2010-15 and was an assistant coach in 2009-10. Hynes led the Penguins to five consecutive Calder Cup Playoff berths, including back-to-back trips to the Eastern Conference Final in 2012-13 and 2013-14, and earned AHL Coach of the Year honors in 2011. Wilkes-Barre/Scranton allowed the fewest goals in the AHL in four of his five seasons at the helm and Hynes helped develop several players who are making an impact in the NHL today, such as Pittsburgh’s Bryan Rust and Toronto’s Kasperi Kapanen.

In between assistant coaching positions at UMass-Lowell (2000-01) and the University of Wisconsin (2002-03), Hynes spent nine seasons on the coaching staff of the USA Hockey National Team Development Program, serving as an assistant from 1998-2000 and 2001-02 and as head coach from 2003-09. While with the NTDP, Hynes developed players like Patrick Kane, Jimmy Howard, Phil Kessel, Jimmy Hayes and Jason Zucker while also excelling on the world’s stage, claiming four U-18 World Championship medals – two of them gold (2002 and 2006).

The 44-year-old native of Warwick, R.I., served as head coach of the United States at the 2004 World Junior Championship, where the Americans won Gold for the first time and earned their first medal in the event since 1997.

Hynes began his coaching career at his alma mater of Boston University as an assistant under longtime Terriers head coach Jack Parker in 1997-98. A forward on the Terriers hockey team from 1993-97, he helped lead BU to four consecutive Frozen Four appearances, including an NCAA title in 1995. He was teammates with Predators Assistant General Manager Jeff Kealty for three seasons while at Boston University.

Hynes and his wife, Sarah, have three daughters – Sophia, Julia and Anna.