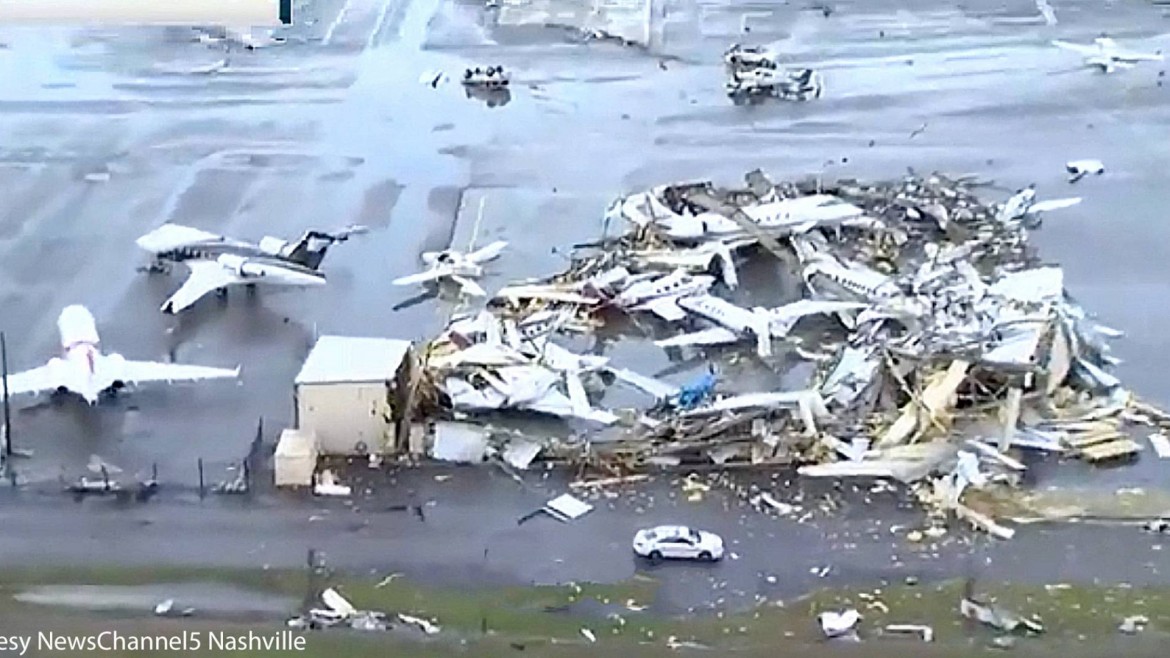 Nashville John C. Tune Airport (JWN), the largest dedicated GA gateway in Tennessee, was extensively damaged last night by a powerful tornado that cut a swath of destruction across four counties in the center of the state and claimed the lives of nearly two dozen people.

According to aerial photos and video of the scene, at least four hangars were completely devastated, including one showing five jets amidst the ruins, along with several smaller aircraft. More single-engine aircraft were shown strewn across the tarmac. A spokesperson from the Metropolitan Nashville Airport Authority, which owns and manages JWN, told AIN this morning that the airport is closed as crews continue to assess the damage, but confirmed there was damage to the Contour FBO, the lone service provider on the field.

Attempts to reach the Contour FBO were unsuccessful, and calls to the company’s corporate headquarters were not returned before press time.