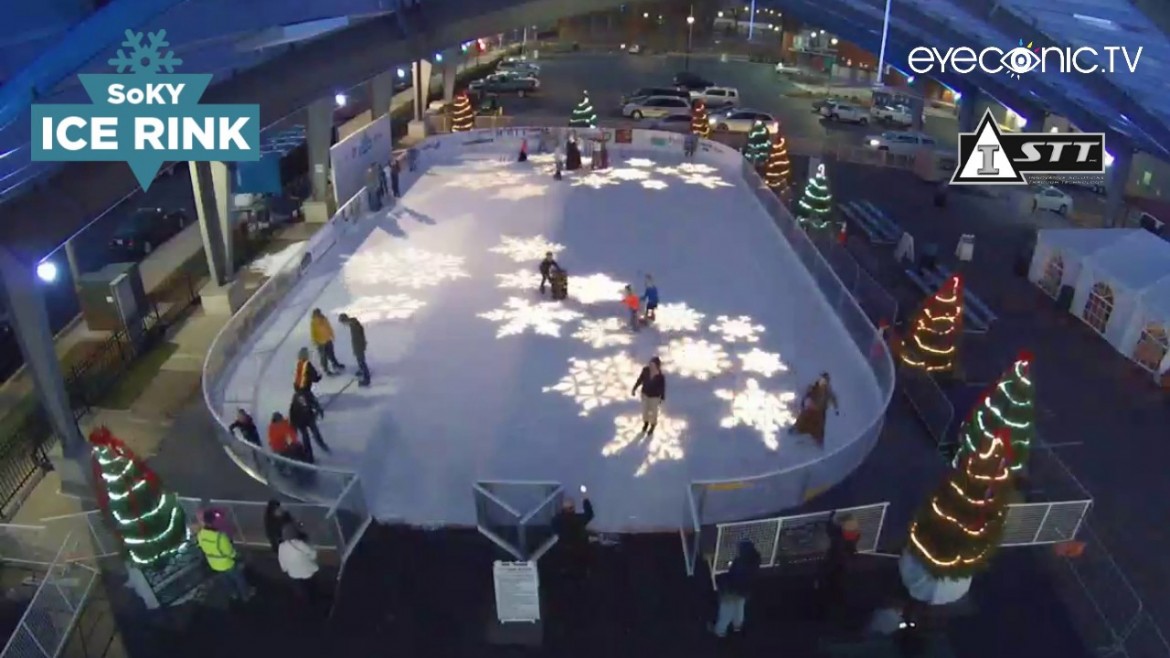 If there were ever any doubts that the seasonal SoKY Ice Rink had gained traction after four years of operation, the cold, hard numbers from the season that wrapped up Jan. 5 should put them to rest.

The seven-week season that featured both youth and adult hockey events and a popular skillet curling tournament along with plenty of special events and family skating accomplished something that none of the three previous seasons had: It finished in the black.

Warren County Assistant Public Works Director Nikki Koller tallied up the results of all the wintertime activities at the SoKY Marketplace Pavilion and found that the ice rink’s revenue was more than $2,000 above expenses.

“It’s really incredible to know that people still want it and support it,” Koller said. “We tried to do more special events this year, and we have learned what works and what doesn’t.”

Like a novice skater clinging to those stacked milk crates used as crutches for the ice-challenged, the seasonal ice rink has gained some stability.

But the success of the ice rink, evidenced by that ice chip-thin profit margin, only leads to increased calls for either an enclosed ice rink in Bowling Green or, at the least, an extension of the brief season.

“We’ve wondered why they shut it down before it even gets cold,” said Joey Stinson, president of the Warren County Inline Hockey League. “We’re all still lobbying to get the (indoor) ice rink going.

“An extended season would be a good compromise, if they open it up more and at better times for kids to come and play hockey.”

Stinson said the “pond hockey” played at the SoKY Ice Rink is not an adequate substitute for real ice hockey on a regulation indoor rink. He and other local hockey enthusiasts must travel to the Edge Ice Center in Owensboro, the Centennial Sportsplex in Nashville or to the Ford Ice Centers in Bellevue and Antioch near Nashville.

“Basically, that means we have a lot of money leaving town.”

That melting-away of potential revenue hasn’t gone unnoticed by Warren County officials, who have at least taken a preliminary step toward an indoor ice rink by paying $88,520 last year to Nashville-based consulting firm Lose & Associates for a feasibility study for both indoor tennis and ice rink facilities.

The tennis facility has made some progress in the form of a proposed indoor tennis/multipurpose center at Buchanon Park that fiscal court has advanced to the point of hiring an engineering firm to develop plans and a bid package.

But, after getting a cost estimate from Lose & Associates of $25.9 million for a two-rink ice facility, fiscal court has taken no action on an ice rink.

“We would very much like to build the indoor ice rink with two full sheets, and we’re continuing to pursue an operations partnership that will allow us to build it,” Warren County Judge-Executive Mike Buchanon said. “We recognize the growing demand for ice sports, but we don’t have the experience to operate it successfully and to grow the ice-entered programs.

“We haven’t given up but are simply trying to put all the necessary pieces together before we can make the investment.”

The cost concerns are valid, as the experience of the Ford Ice Center in Bellevue demonstrates. Opened in October, the Bellevue ice center came in over budget by nearly $1 million, leaving Nashville’s Metropolitan Sports Authority scrambling to make up the difference.

Maybe just as daunting as the construction price tag is the cost to operate an ice rink.

Although it siphons off customers from the Bowling Green area, the Edge Ice Center in Owensboro continues to operate at a deficit in its 11th year, according to city of Owensboro Recreation Superintendent Kerry Bodenheimer.

“We just have to offset that (loss) from the general fund,” Bodenheimer said.

Bowling Green Parks and Recreation Department Director Brent Belcher says an ice rink has never been considered by the city.

While considering it, Warren County Parks and Recreation Director Chris Kummer is well aware of the risks involved.

“An indoor ice rink facility is extremely expensive to build and operate,” Kummer said. “And it takes some expertise to run it. You have to make sure you have strategic partners in place and make sure there’s a long-term plan for it.”

That’s the script followed by the Ford Ice Centers that have both a naming-rights sponsor and an operational agreement with the Nashville Predators National Hockey League team.

Warren County officials and local hockey enthusiasts have approached the Predators about helping with a Bowling Green rink, and another leader of the inline hockey league says a partnership could still happen.

“The Predators still have interest,” said Shawn Rubel, a native of Canada and past president of the inline hockey league. “Ultimately, we have to go to them and lay out what we want to do.

“Then we can get a better understanding of what they’re willing to do. Right now, Bowling Green is considered an untested market for them.”

It probably doesn’t help that the Montgomery County, Tenn., government is building a multipurpose sports complex in downtown Clarksville that will be managed by the Powers Management company that runs Bridgestone Arena, home of the Predators.

That facility, estimated to be completed in the fall of 2022, may have for now body-checked Bowling Green out of the running for an ice arena with a Predators connection.

Montgomery County Mayor Jim Durrett explained that the Clarksville arena will be much more than an ice rink. Estimated to cost from $90 million to $100 million, the facility will include a basketball arena and practice gyms for Austin Peay State University in addition to two sheets of ice.

“I think it will be a huge economic boost,” Durrett said. “It helps that we have a primary tenant in Austin Peay. I think it’ll be something our community can be proud of.”

If the Clarksville arena makes a Bowling Green ice rink less likely for now, hockey lovers like Rubel are still pushing for an extension of the SoKY Ice Rink season.

“I think if we extended the season, we could get a small pond hockey league going,” he said. “We had 40 or 50 kids come out for the ‘Try Hockey Free’ event run by the Predators.”

Leah Spurlin, special projects manager for the Warren County Parks and Recreation Department, believes both pond hockey and skillet curling could grow if the ice rink season is extended; but she said any extension would have to make sense financially.

“I know there’s a lot of interest in it (extending the season),” Spurlin said. “We have discussed that. I don’t know how many additional weeks we would have. We’ll try to come up with ways to afford it.

“We have to be able to justify keeping it open.”